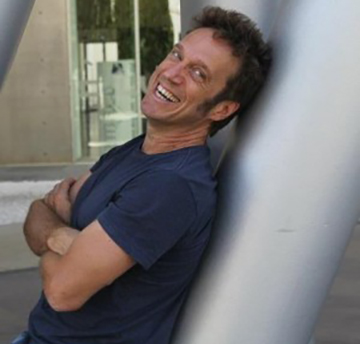 Claudio De Tommasi made his debut in 1982 on RAI 3, presenting the first music broadcast, the Orecchiocchio, towing the TG3, and moved in 1984 then to Videomusic after Rick Hutton, Clive Griffiths, Johnny Parker and Tiziana Cappetti. Here, more than being the absolute first “VJ”, took care of the entire schedule, reorganizing and changing the criteria of rotation and content choosing. At the same time he led programs like “on the road” for Rai 2 Route 66 – Chicago – LA – Panamericana – U.S. – Delta Blues in 1992, 1993 and 1995. He worked for Radio Three and RaiStereoNotte, and was responsible for scheduling the issuer international music and writer for The Box and satellite channels Jimmy and Super Channel. And more, he was speaker at Radio Capital and, since 1999, at Radio Centro Suono, with the program Microwave. In 2007, Claudio De Tommasi (in his capacity as DJ) has published several pieces of electronic music, including the magnetron, in 2010 and ‘the staff of ShooTV and at the same time is the backbone of the program Rick and Roll where he finds friends Rick Hutton and Clive Griffiths in a set that gets part of the goliadia times Videomusic in the story of fifty years of music. But it ‘s in 2011 that begins the great adventure of Radio Standby with “Chronicle” of which he is also the author, to move then to StandBy TV where he used to typically and almost exclusively run around the world, more than being responsible for programming and texts. Since the spring of 2012, broadcast on Rai 5 and Rai 1 and is author and presenter of Italy Road, a trip to Italy program aboard an ‘Apecar’ to discover routes, characters and stories of life. But the adventure continues on Standby TV, ready for new paths and adventures. 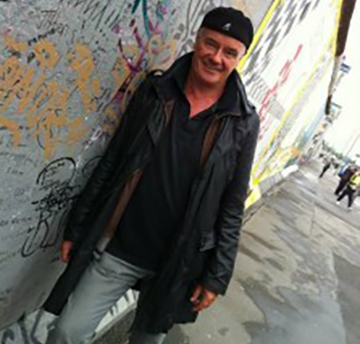 Rick Hutton was born in Liverpool and spent his adolescence in “swinging” London of the 60′s, where he became a fan of rock music and formed his first garage band “Laurel Canyon” to play in the pubs and clubs of the capital. In the 70′s he attended the University of Canterbury where he graduated in economics and sociology. In the early eighties Rick & his counterpart Clive Griffith’s work in the first broadcaster Italian music Music Videos (1984) and then in London cousin Super Channel (1986), In 1998 MTV Europe succeeds VideoMusic, Following this, he started producing and Rick presenting a television series for STREAM TV: “Music Travel”, a music program that will take him to roam the world to discover the ethnic music of various continents, until 2003. Moments that Rick is proud of: The creation of a series of interviews with the Rolling Stones for Rai 1. On that occasion, Rick spent four crazy days guest at the home of Ronnie Wood at Wimbledon, London. The honor of having Billy Preston on keyboards as “special guest” in his band during a mini tour on the Adriatic coast in 1994. He accompanied on the piano the great Joe Cocker singing a couple of blues together during an after dinner in Rome during his world tour in 1995/6. Mounting the stage in Orlando, Florida in 1997 to sing “My Girl” by the Temptations. And finally, performing on stage with Wilson Picket and Rufus Thomas singing “The blues is alright” at Porretta Soul Festival! Since 2005 RICK HUTTON BAND (A band is composed of musicians Romans, Salerno and Naples) attends Festival and played in clubs in Italy, France and Switzerland performing R & B and classic soul in addition to acoustic concerts dedicated to the ’60s and 70s. Rick currently conducts a radio program “RICK AND ROLL” on Radio Citta Futura, Radio Stand By, The Rockaforte (web radio). Among the creators of StandBy TV and’ also the protagonist of the video version of the “Rick & Roll” .. . where ‘now? Somewhere in the world to introduce video clips with the musical knowledge with the Rock student’s spirit. 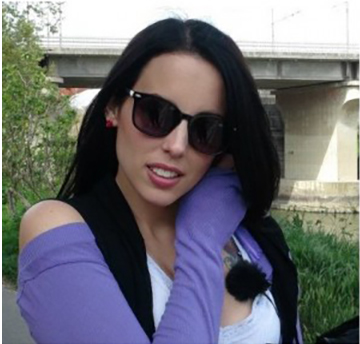 So young but already an English teacher, an educator, a canine, and a music expert, Roberta is soon noted for her ease, unconventionality and effective dialectic. She cooperates with Radio Rock where she cares and heads music interviews. In addition to this she performs an intense editorial activity. In 2011 she starts to work with StandBy TV, along the TV globalm pilgrimage, performing the spirit of StandBYTelevision’s Claim. 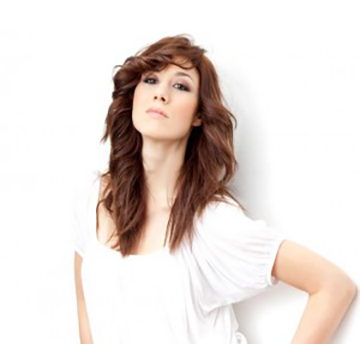 After having walked the catwalks all over the world and have spent a lifetime with an always ready suitcase under the bed, Valeria Oppenheimer hung her heels on the wall and started working for the tv. One day she’s presenter, another day reporter and the other day author, but she also enjoys being a VJ. Fashion writer for passion, she cooperates with several newspapers and teaches Writing and Editing for Fashion Journalism at the Academy of luxury in Rome, where she teaches a course dedicated to Fashion Blog. She also conducts a program of fashion on WR8 web radio RAI. Since 2009 she is a Standby TV Vj around the world. Who better than Valeria would be able to represent the Claim “MORE MUSIC …. MORE ACTION”? 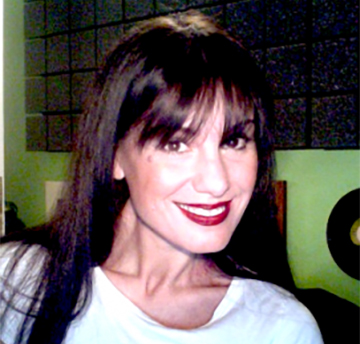 Radio and television Author and presenter, twirl, pause, flow and acrobatic-when-needed speaker, but mainly a dancer in her living room. To be a Deejay is for her a necessity rather than a desire : to listen to the music, more than to play and write it, just to unleash her musical mind. No longer a Facebook blogger But a Twitter copyrighter as most people is nowadays. “Social ” in her soul but never enough “network” , she is in love with the only social network worthy of this name : the radio. She has changed a lot of them loving them all . From Rock Radio Veronica Hit Radio by Antenna1 to Centrosuono after ten years passed between a mixer to another, she ends to create its own radio. From that project , which bears the name of a sauce for Japanese fearless , born Wasabi Radio Magazine, broadcasted on Radio Standby since the end of 2013. She also joinef the team of Veejays Standby TV ….. Because who knows her is well aware that there for her there are three things forbidden in her life: to sit and stay , be quiet and shut up, live without music. So no better idea than..“ MORE MUSIC….MORE ACTION”?